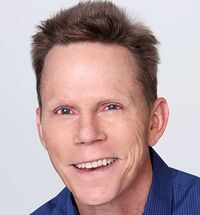 Ward was born in San Diego. He is the son of Don and Bonnie Ward, who have been active in theatre in San Diego for decades. His brother is the actor Kirby Ward.

He first gained national attention as a character in the television film The Boy in the Plastic Bubble, which starred John Travolta as the title character. The role began a short acting career for Ward; when Travolta was cast in the 1978 film Grease, Ward was cast as Putzie, a character created especially for the film. Ward mostly stopped appearing on-camera in 1983; he continues to work in the entertainment industry.

Retrieved from "https://grease.fandom.com/wiki/Kelly_Ward?oldid=11716"
Community content is available under CC-BY-SA unless otherwise noted.